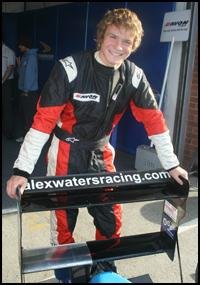 Anyone expecting Mark Webber to take things easy during the F1 off-season may be in for a shock. The Aussie is back home, but putting his feet up has been the last thing on his mind.

Instead he has been organising the third Mark Webber Pure Tasmania Challenge, an endurance and racing event that raises funds for charity and is due to start on November 17.

More than 60 competitors, including Webber himself, will be busy cycling, kayaking and running more than 80km per day.

And those taking him on will include British Formula 3 driver Alex Waters, 20, happily in remission after being diagnosed with cancer, and team-mate Justin Goulding.

Waters said: “I’m one of the lucky ones. It looks like I’ve beaten cancer. Now I hope to emulate Lewis Hamilton by getting to Formula 1. But, along the way, I want to help other cancer-affected youngsters.

“To that end, I’m giving 50 per cent of all my sponsorship money to CLIC Sargent this year, so that other children and young people can live their dreams as I’m living mine.”

As well as the Brits, teams from Singapore, New Zealand and, naturally, Australia itself are taking part.

The challenge starts at Tasmania’s Cradle Mountain and competitors will complete three days in and around this region before moving across to the island’s east coast to tackle open water kayaking, coastal treks and steep mountain bike rides around Freycinet Peninsula.

They will finish their in ordeal its capital Hobart on November 23 with some mystery urban challenges.

To follow Waters’ and Goulding’s progress, visit the event’s official site: http://www.markwebberchallenge.com. For more on his chosen charity, click here.

Previous: GP2: Mike Conway impresses at Honda
Next: F1: Kovalainen still in the dark about 2008