Champ Car / IndyCar: what the merger means for the Brits

Seven British drivers lined up for the start of the American open wheel season last year, the final campaign to see the sport split between IndyCar and Champ Car. Now, with the first unified season on the horizon, we look at their prospects for 2008. 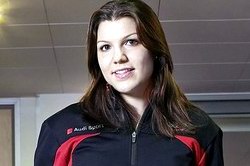 Three of the seven – Dario Franchitti, Katherine Legge and Ryan Dalziel – already knew they weren’t going to be involved in the new season. Franchitti, the reigning IRL champion, had jumped to NASCAR, while Legge wasn’t retained by her team and Dalziel didn’t even make the final race before being let go.

For two others, IndyCar’s Dan Wheldon and Darren Manning, it was business as usual despite the politics swirling above their heads. Both were able to concentrate on preparing for the new season with the same team.

For the last two, Justin Wilson and “Speedy” Dan Clarke, the situation was more confused.

The most successful of the British drivers in the US had already made his departure from open-wheel racing long before the merger was announced. After winning the 2007 IndyCar title and the iconic Indianapolis 500 race, and a sheaf of award nominations, he signed for Chip Ganassi Racing and went off to launch a career in NASCAR.

At the time of writing he’s ninth in the NASCAR Nationwide standings – following a far from stunning debut at Daytona when he came 33rd, a place in front of Juan-Pablo Montoya. The relative lack of impact made by this pair, and by former F1 champion Jacques Villeneuve, has led to a certain amount of amusement among NASCAR fans keen to point out this tin-top business isn’t quite as easy as it seems…

If anyone looks likely to lose out because of the merger it’s Wilson who, not for the first time in his career, seems to have ended up with the sticky end of the lollipop as a result of events beyond his control.

Affectionately nicknamed “the flying giraffe” by Minardi fans during his short but impressive stint with F1’s perennial underdogs, the inconveniently tall Wilson had been forced to fund his entrance to F1 by issuing shares, then lost his hard-earned promotion to Jaguar in favour of the Red Bull-funded Christian Klien. Crossing the Atlantic, he established himself at the front of the Champ Car field and finished in the top three of the title hunt in each of the last three seasons.

With Sebastien Bourdais now gone to F1, Wilson looked a good bet for a future title – and his regular appearances on the front of the post-Bourdais Champ Car website suggested the series owners were ready to promote him heavily. All that has now disappeared, as he faces up to a couple of seasons playing catch-up alongside the rest of the ex-Champ Car drivers entering IndyCar.

On the plus side, he will be driving for the vastly experienced Newman/Haas/Lanigan team – surely one of the outfits that will find its feet quickest despite the unfamiliar machinery and circuits.

“We’re certainly not in the same situation, competition-wise, starting the IndyCar Series season as we would have been in Champ Car”, he said. “Now that we are back to one series and we’re racing on ovals and a lot of tracks I don’t know, there are going to be a lot of changes. But Newman/Haas/Lanigan Racing are proven winners and we will all work hard to be as competitive as possible this season. Ultimately, if we can work our way through the short term, it will be good for open wheel racing.”

If Wilson can make the transition and hold onto his drive for a couple of years (ie, not get bumped for free agent Paul Tracy) the future is promising. Just not nearly as promising as it looked like it might be.

Winner of two of last season’s first four races, Wheldon faded a little as the season progressed and, in the end, it was Ganassi team-mate Scott Dixon who was denied the championship on the final lap of the final race, while Wheldon finished fourth in the standings.

Both drivers return this year and look to be closely matched – Wheldon was just a hundredth of a second faster than Dixon on the final, rain-shortened, day of testing at Sebring International Raceway this week.

Where they’ll rank in the overall field isn’t yet clear – they were outperformed by the Team Penske drivers at Sebring, but were best of the field in the two-day test at Homestead-Miami Speedway at the end of February.

Speaking then, Wheldon said: “It’s great to get back in the car, and everybody in the race shop at Target Chip Ganassi has been working hard to make sure we can improve on last season. Judging by the test, it’s gone very well. There’s some room for improvement, but for our test back into the swing of things, and to be back at Homestead, I think we’re in pretty good shape.”

The Englishman’s competitive performances – five top-ten finishes, including a fourth place at Belle Isle – are reckoned to have made the difference in a season where the Foyt team raised its game considerably, and now he’s shooting for race wins.

He said that, with a season’s learning behind them, both he and the team are now well-placed to run with the leaders from the beginning of each race, instead of playing catch-up.

“Last year, it wasn’t until the end of every race that we figured out what we needed,” he said. “The races where I was really happy with the car by a couple of stops in, I was generally right with the leaders.

“If we can start off where we finished last year on that front there’s still a lot to come. Maybe you won’t even see the full potential this year, but I’m still saying we can win races.”

Team owner Foyt certainly has high hopes: “I’m really looking forward to the new season. It’ll be our second year with Darren Manning, and I believe we’ll just get better and better. With there just being one series, it will be even more competitive, but we’ll capitalise on what we learned last year with Darren. We have the tools in place to make this season one of our best in quite a while.”

Current rumours suggest that Paul Stoddard may only be taking one Minardi across from Champ Car to IndyCar, although hard facts are thin on the ground.

Certainly the no-nonsense Australian wants to join the party and is working to put a programme together, but a team spokesman contacted by Brits on Pole had no definite information to offer on the prospects.

If the single car situation happens, though, rookie of the year and ex-Minardi F1 driver Robert Doornbos surely has the greater chance of securing the drive ahead of Clarke, who stretched everyone’s patience during a 2007 season that saw him mix some fine performances with some acts of bone-headed carelessness that led to a one-race suspension.

“Speedy” Dan was suitably contrite, and Stoddard suitably supportive, but the chickens may now be coming home to roost. The team hopes to make an announcement fairly soon, though, so it’s a case of crossing fingers and waiting.

In the meantime, there’s always the holding page for his new website to boggle over – not even Jarno Trulli ever looked like that…

Katherine Legge’s career in Champ Car somehow always promised more than it delivered, with a string of accidents and mechanical failures preventing her from making the impression her 2005 Toyota Atlantic debut season had promised. This was brought uncomfortably into focus towards the end of the 2007 season at Dale Coyne Racing when her Brazilian team-mate Bruno Junqueira started to show what could be done with the car, and her chances of a 2008 drive were not looking good before the Champ Car / IndyCar merger was announced.

But Legge has bounced back by winning a spot as a junior Audi factory driver in the tin-top DTM series, where she’ll be racing alongside A1GP Brit Olly Jarvis and unlikely F1 hero Markus Winkelhock – and against Ralf Schumacher, who will line up for Mercedes-Benz. In a 2006-spec car, her ambitions are realistically restricted to finishing races and snatching the occasional point, but at least she’s racing.

Florida-based Dalziel drove in the Champ Car World Series in 2007 for Pacific Coast Motorsports but was dropped by the team in September to be replaced by Mexican driver Mario Dominguez with two races outstanding. The Scot is pursuing a possible full- or part-time drive in this year’s IndyCar season, but has also renewed his links with the SAMAX team in the Grand-Am Rolex Sports Car Series.

However, his hopes of improving on a previous second place in January’s Rolex 24 at Daytona, starting eighth on the grid and partnering Milka Duno, Tomas Enge and Harold Primat, were dashed when they were able to complete fewer than four hours of the race.

In a pre-race press conference, he said: “I love racing the Grand-Am Daytona Prototypes and I’m excited to be back for a full-season. You can really race the Grand-Am cars wheel to wheel and last year’s Daytona event proved that as it ended up being one of the closest sports car races in history. I’d be more than happy if I was to spend the rest of my career racing on this side of the world in sports cars.

“It’s probably going to be a year of driving anything I get the chance to but obviously the IRL opportunity is one I’m pursuing quite seriously and that could determine what else I’m available to do. If that doesn’t happen then sports cars will be my main focus for the year.”

His website is currently under redevelopment and offers no further hints of his plans, but what looks alarmingly like a genuine Bebo profile suggests that, whatever he does next, he’s having fun now…

F1: Bahrain GP in six words
F1: when to catch the European Grand Prix in the UK
F1: Donington CEO wants you to come up with improvements cash
On holiday – back soon